5 things you don't know about the Meuse-Rhine Euregio

1. IT WAS PRINCESS BEATRIx OF THE NETHERLANDS WHO SUGGESTED THE CREATION OF TRANSFRONTIER CO-OPERATION

In 1974, Princess Beatrix of the Netherlands first suggested, during a public visit to South Limburg, that a cross-border co-operation should be promoted. Indeed, by the 70s many support projects had already been launched. Unfortunately, these were rarely successful.

But despite the Dutch princess’ suggestion in 1974, the Euregio Meuse-Rhine was not officially launched before 1976, thanks to the Queen's Commissioner of the province of Dutch Limburg, the governors of the Belgian provinces of Limburg and Liège and the President of the Regierungsbezirk Köln. These different actors put in place the necessary conditions for the creation of a working group, which was therefore charged with the promotion of cross-border cooperation. 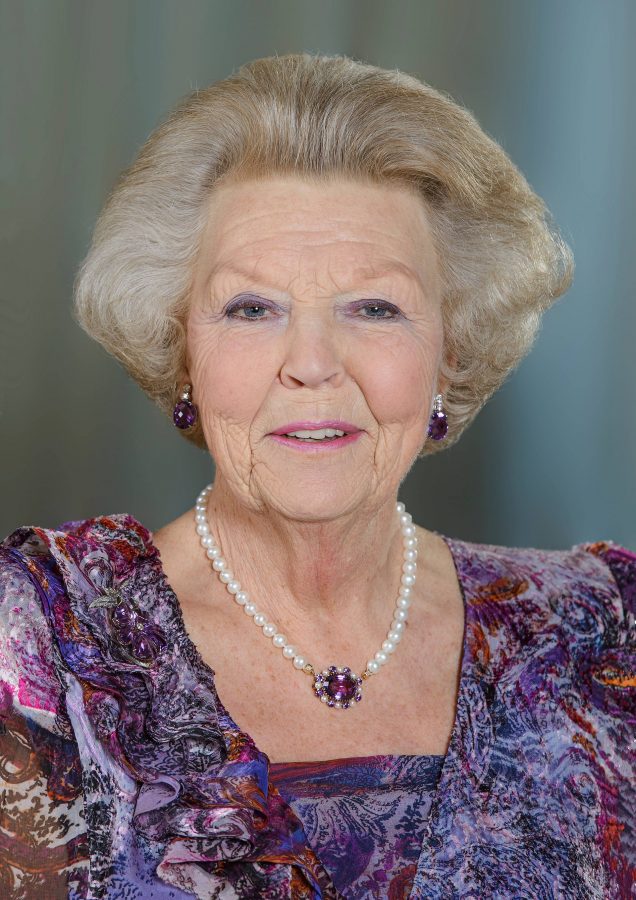 2. The Euregio Meuse-Rhine has the status of  "Stichting" (or foundation)

In 1991, the Euregio Meuse-Rhine was given a legal basis as a "Stichting" (foundation) under Dutch law. The following year, the German-speaking Community of Belgium joined the foundation.

3. The Meuse-Rhine Euregio, a European Grouping of Territorial Cooperation (EGTC)

On 23 November 2017, the Governing Board of the Stichting adopted a structural reform enabling it to evolve into a European Grouping of Territorial Cooperation (EGTC). Thanks to this new structure, the Board was able to facilitate communication and promote cooperation, particularly among its members, in order to strengthen economic, social and territorial cohesion.

Thus, since 1 April 2019, the Meuse-Rhine Euregio continues its activities as an EGTC.

4. The Province of Liège is the President of the Euregio Meuse-Rhine.

As in every organisation, foundation or even company, the Euregio Meuse-Rhine is managed by administrators. The Assembly of the European Grouping of Territorial Cooperation is the decision-making body of the EMR. The governing organ of this assembly is the Steering Committee. 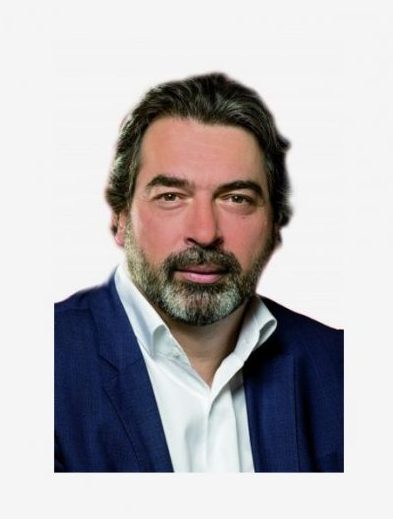 5. With its three languages and five partner regions, the EMR is the most diverse and complex Euregio in the heart of Europe.

The territory of the Euregio Meuse-Rhine has a population of 3.88 million people and covers an area of 11,000 km2 (between the Netherlands, Belgium and Germany). The Dutch cities of Maastricht and Heerlen, the Belgian cities of Liège and Hasselt and the German city of Aachen are the main centres of the cross-border Meuse-Rhine Euregio. The EMR therefore occupies an extremely favourable geographical position : major nearby seaports (Antwerp and Rotterdam), regional airports (Liège and Maastricht-Aachen), rail networks and TGV (high-speed train) crossing (Liège and Aachen), Albert Canal and Juliana/Meuse Canal. The Euregio Meuse-Rhine also welcomes around 100,000 students in its 5 universities and has 2 research parks, 2 industrial and innovation parks and 26 business centres based on advanced technology and the development of the service sector.

Thanks to this network, the Euregio Meuse-Rhine actively manages the launch of projects by bringing together the relevant players. In this way, it contributes to the development of cross-border cooperation by connecting, mediating and supporting all its actors. 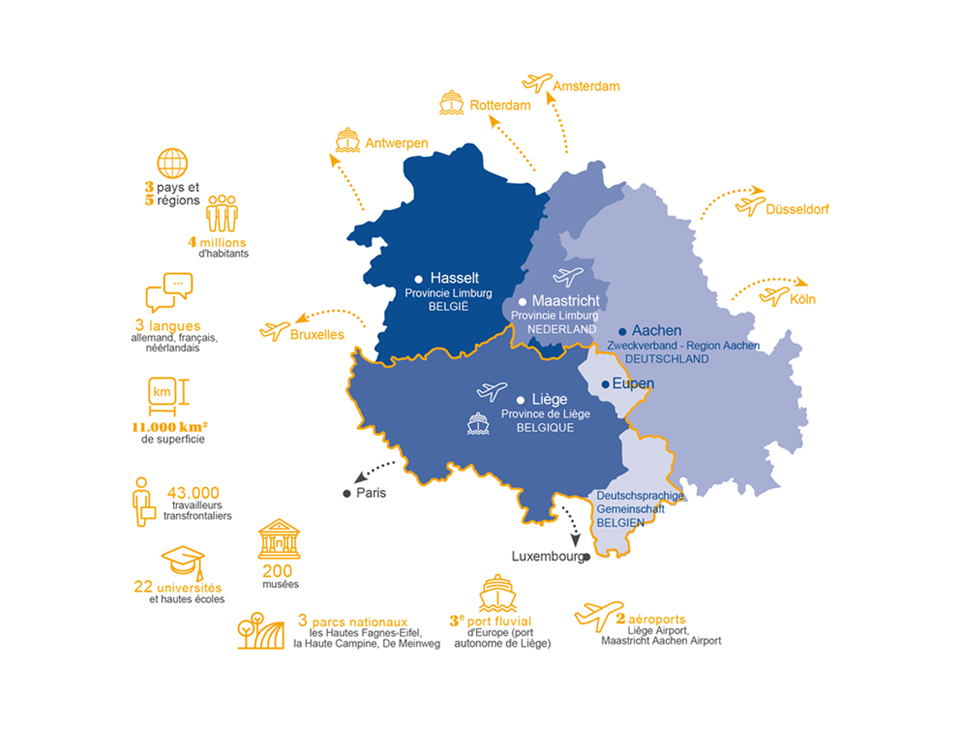