Liège waffles, Printen,... Discover the tasty specialities of the Euregio!

Liège, its waffles and its Café liégeois

You have certainly already heard of the special food of Liège… among the staples the waffles and the Café Liégeois.

The Liège waffles are without doubt the most enjoyable waffle with their flavours of caramel and pieces of pearl sugar. As for the Café Liégeois, it is some sort of cold dessert, made of coffee, ice cream, chantilly cream. There are many different varieties, some with added alcohol, some with secret ingredients,... You can find it as a dessert in most of the restaurants in Liège.

Discover all the specialities in Liège: http://www.visitezliege.be/en/taste 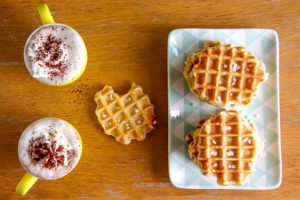 Aachen and its “Printen”

Besides the thermal baths of the Carolus Thermen and its cathedral, Aachen is also known for its Printen.

It is a type of Lebkuchen, somewhat similar to gingerbread, and is composed of flour, sugar, brown sugar and spices. It is the highlight of Aachen! As a matter of fact, in Aachen, the “Aachener Printen” are cooked in many forms… you can find it in many typical meals in Aachen. A delicacy to be enjoyed throughout the day!

Discover all the specialities in Aachen: https://www.aachen-tourismus.de/en/discover/eating-drinking/specialties-from-aachen/ 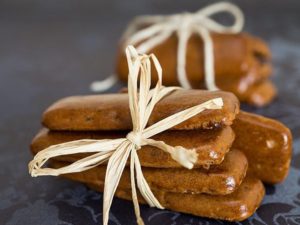 The Euregio and its pies

One special kind of food are the flan or “vlaaien, Fladen, tarte” as they are called. Originally invented in monasteries all over Europe the flan became particular for the Euregio Meuse Rhine. They became the party food par excellence.

You can find notably the rice flan in the tri-border region of Belgium-France-Luxembourg with its leavened dough filled with creamy rice pudding. The rice flan is solely available in this border area and had its origin in the region of Verviers. This pie is greatly enjoyed by the people of Aachen, who savor it as much as their Printen!

In the region between Eupen (B) and Eschweiler (D) there is one very special flan and that is called “Schwatze Flaam”. It is a flan with cooked Bergamot pears that has a very dark colour, almost black. It is only served at funerals and that is why it is also known as “Beerdigungskuchen”. Unfortunately the Bergamot pears are very rare nowadays and that means that the Schwatze Flaam is disappearing! As Terra Mosana we hope to revive this flan. 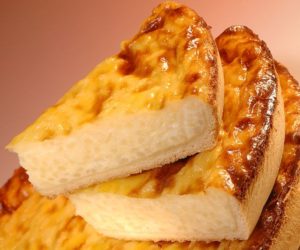