The dialects of the Euregio showcased in this sonic artwork! 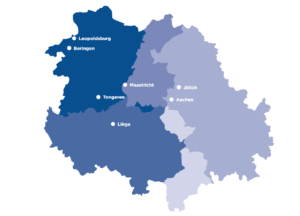 A sonic artwork, consisting of a collection of spoken messages, is the impressive result of a special project in the Euregion. This project, called Terra Mosana, studies the history of the Meuse-Rhine Euregion. Via this project the dialects, languages and ways of speaking in-between of the present and the past are gathered in a special sonic art work, bringing together and presenting its cultural heritage.

Participants from all regions
In February, habitants of the Euregio between the Meuse and the Rhine were invited to let us hear the richness of languages and dialects they speak. Many responded to the call. Participants translated, recorded and sent  - in their own languages or dialects - seven sentences in which an imagined shared history of the Euregio was depicted.

Sonic artwork
All received spoken messages were processed into a sonic artwork. This soundscape takes us on a multilingual journey through the many languages and dialects spoken in the Euregio. It clearly shows how many unintelligible dialects and languages are part of a very small current European border area. We thank everyone who has participated and has made this such an interesting and lively sonic artwork!