Founded in 2003, the Archeoforum of Liège is an archaeological site which gathers 9.000 years of history of the city. It is a fascinating 3.725m2 site located under the Saint-Lambert square. The most important remains conserved in the Archeoforum are the ones of the ancient cathedral that occupied the square until 1794, when revolutionaries from Liège, then newly annexed to France, decided to dismantle it.

From Prehistory to more recent times, the Archeoforum displays archaeological remains and objects. Therefore, visitors will find artefacts from the Mesolithic and Neolithic periods, remains of the Gallo-Roman villa and its renowned hypocaust, and the foundations of the successive cathedrals that occupied the centre of the present square. Saint-Lambert square, from early on, was the very heart of the city of Liège, however, it became more important after the assassination of the bishop Lambert, head of the former diocese of Tongeren-Maastricht-Liège. To honour the martyr, his successors to the bishopric erected a cathedral in which the saint was later buried. Throughout the centuries, the cathedral evolved to develop into a monumental Gothic French-style cathedral, eventually destroyed, stone by stone, in 1794. The columns placed on the square symbolise the cathedral and the great power it represented. Consequently, it was important for the Archeoforum to be situated on the very place that saw the history of Liège unfold.

As part of the Walloon Heritage Agency (Agence wallonne du Patrimoine – AWaP), the Archeoforum has multiple fields of expertise such as : 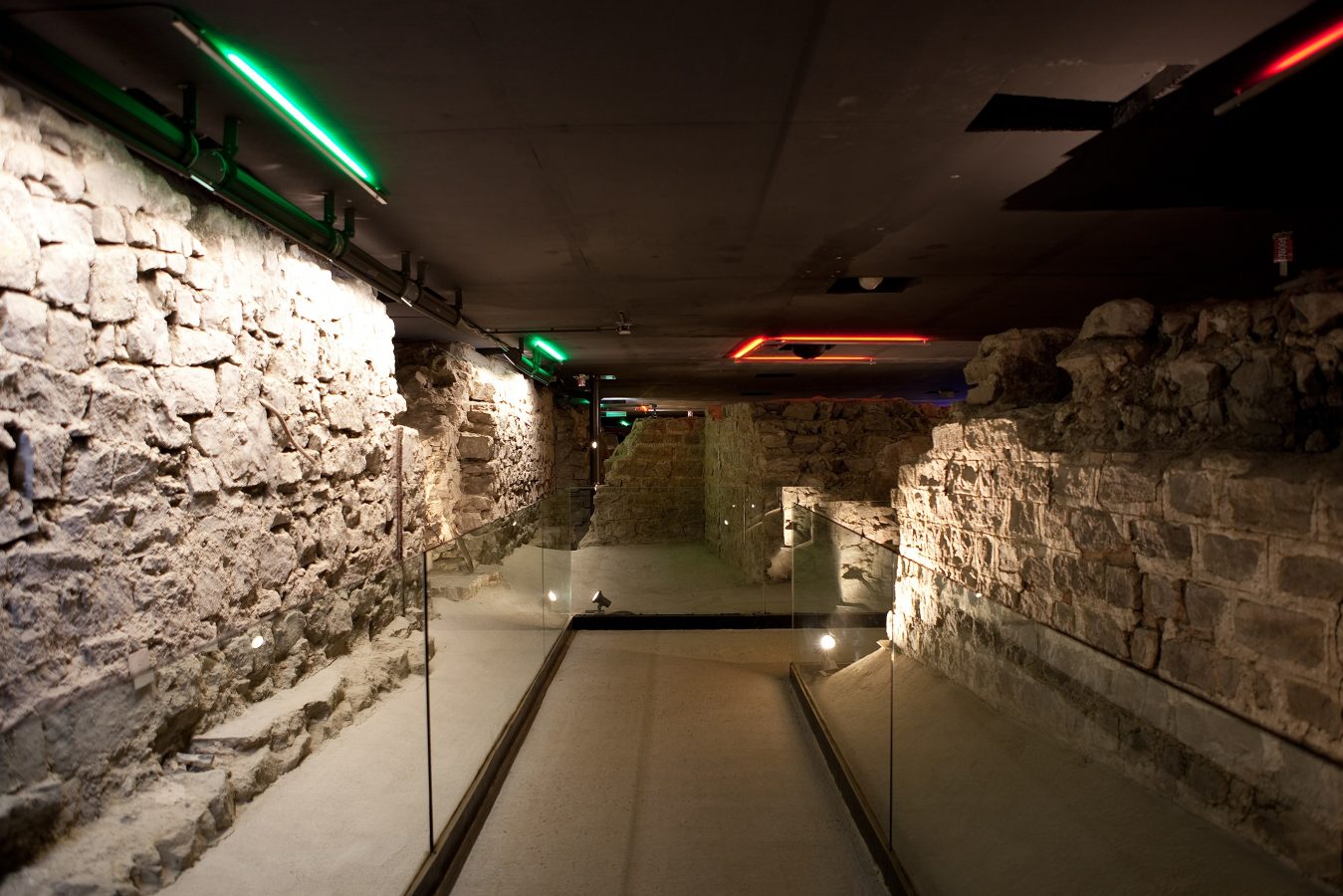 What do we do in the project ?

The Geomatics Unit of the University of Liège is carrying out technical tasks related to a 3D model storage platform in collaboration with the Archeoforum to assist in the realization of two on-site experiments: the death of Saint Lambert and the edification of the cathedral of Liège.