Heritage is a spearhead of the province of Limburg (BE). It determines our identity, it feeds our creativity, it determines how Limburg presents itself to its inhabitants and tourists. The province is further expanding its operation in heritage by taking on a sensitizing and supporting role.

The Heritage Department is part of the provincial government of Limburg (BE) and consists of two divisions:

The PCCE provides advice, initiates awareness campaigns and engages in public relations with regard to heritage. Participation is the common thread throughout the projects. The goal? To make everyone aware of the importance of heritage.

The PCCE also organizes projects that bring heritage to the attention of the public in an accessible way. A good example is the youth project "The Young save the Old" or the participatory project "Limburg 1914-1918. Small stories in a Great War”. In 2017 this project about World War I was voted 'Project of Influence 2017' during 'The Best in Heritage Conference' in Dubrovnik, a recognition as the best heritage project in the world!

The PCCE also subsidizes initiatives that preserve, investigate and open up the Limburg heritage

What do we do
in the project ?

One of the main challenges of the moment is the reallocation of 30,000 m² completely preserved Beringen mining site as a mining experience centre called ‘be-MINE PIT’.

The coal mining industry left its mark on the Euregion. The history of mining has been a determining factor in the personal family history of tens of thousands of miners. Its traces are scattered throughout the Euregional landscape. The impact of the mining history can hardly be overestimated.

Each mining site in the Euregion is unique. However, there is one thing missing: a place where the story of the mine and its miners is told.

A place where current and future generations can experience the story of their relatives and ancestors. Therefore, the province of Limburg (Belgium) will develop a mining experience centre at the former and best preserved coal mine site in Beringen: be-MINE PIT.

be-MINE PIT will link personal stories of the miners to the world of technology and mining machinery through storytelling. An experience walk that stimulates all the senses, will lead visitors through the authentic mining buildings. Visitors will discover the industrial mining heritage and the unique stories of the people who lived and toiled there. A multimedia underground simulation will be the highlight of the tour. 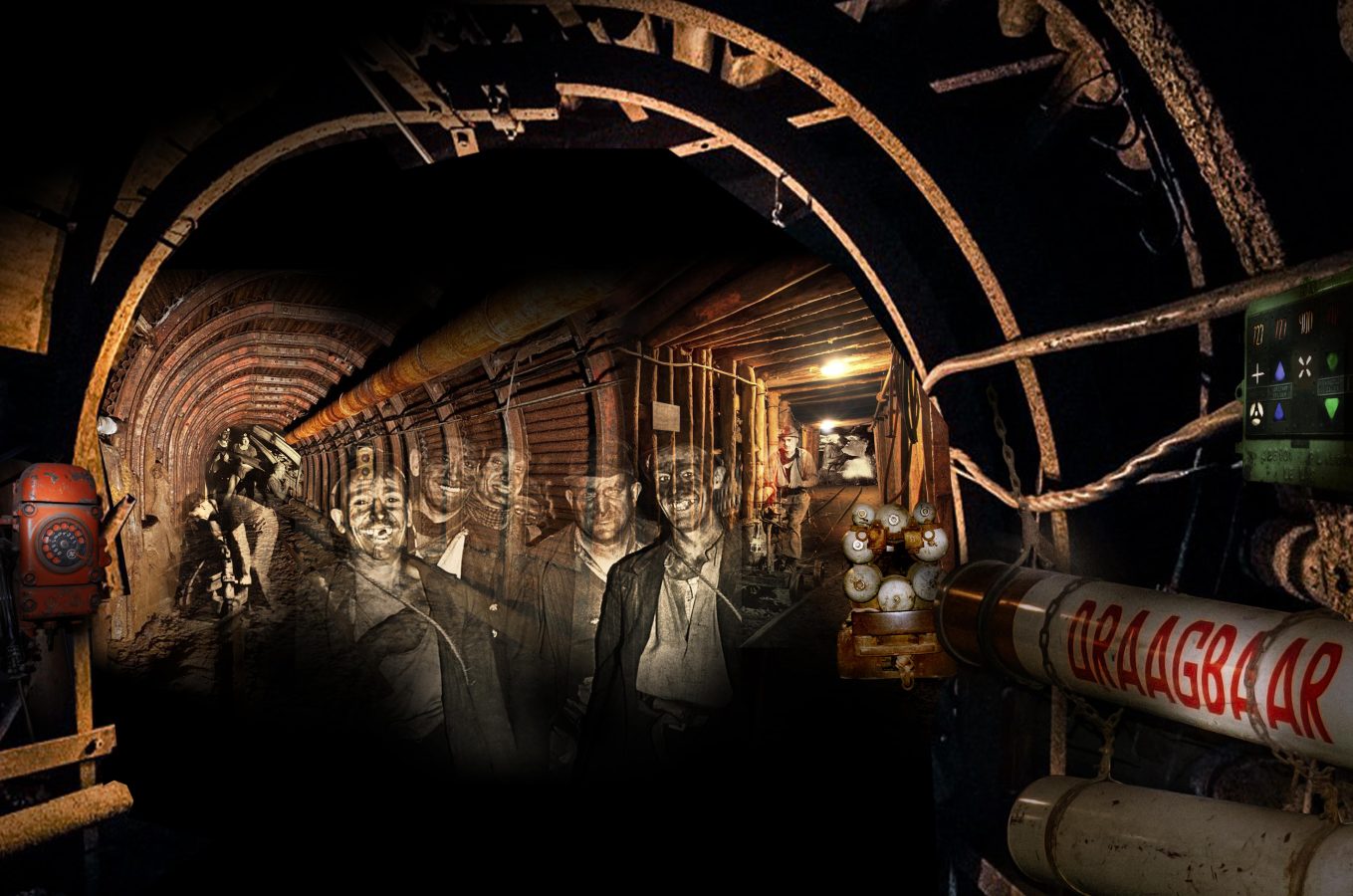